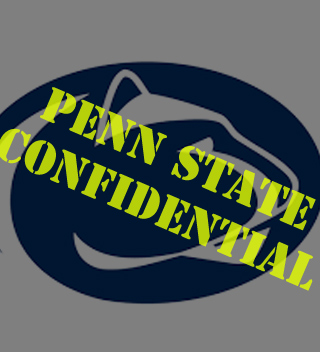 When it comes to sex abuse, as evidenced in the U.S. Senate confirmation hearings over Judge Kavanaugh, the media promotes sensation over substance, and hysteria over rational thought.

This type of journalistic malpractice occurred at Penn State, where the mainstream media for years has refused to re-examine what can only be described as a legal and journalistic travesty of epic proportions.

As documented on my blog, the entire investigation at Penn State is tainted by official misconduct. The headline allegation of the grand jury presentment -- the alleged rape of a 10-year-old boy in the showers by Jerry Sandusky -- is a work of fiction by the unscrupulous prosecutors in the state attorney general's office.

A couple of decades later, no victim has ever come forward; and according to the prosecutors in the case, his identity is "known only to God." The only known witness to that alleged event, former Penn State assistant coach Mike McQueary, isn't credible. That was the finding of a former NCIS special agent who conducted a contemporaneous and previously unknown federal investigation of the so-called sex scandal and alleged coverup at Penn State.

In the Sandusky investigation, the prosecutors were unethical crusaders who broke the law by repeatedly leaking grand jury secrets and trampling on the constitutional rights of the accused. The police were caught on tape deliberately lying to alleged victims.

Psychologists in the case relied on scientifically-discredited recovered memory therapy. Former FBI Director Louie Freeh conducted an "independent" investigation of the scandal that was marred by factual mistakes, unsubstantiated opinions, and collusion with the state attorney general's office.

And the university's board of trustees not only engaged in an ongoing coverup of Freeh's botched report, but they also failed in their fiduciary duties by not doing anything to investigate the allegations of 36 alleged victims, who hopped aboard the gravy train and collected a total of $118 million from Penn State.

You won't find any of these facts in the mainstream media, but all of it has been documented on bigtrial.net: